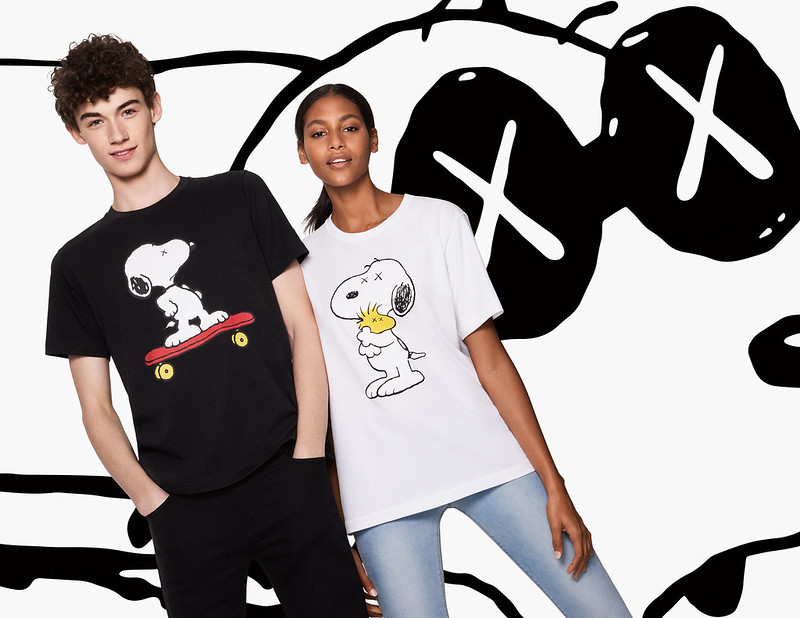 UNIQLO will be launching the KAWS x PEANUTS Collection on April 28 in stores and online. This special collaboration features a whimsical artistic take on the beloved Peanuts characters by New York artist KAWS.

UNIQLO announces that it will launch a special KAWS x PEANUTS collection for its UNIQLO T-shirt (UT) brand on Friday, April 28 at all UNIQLO stores nationwide as well as online. This latest collaborative line with famed New York artist KAWS will showcase his unique take on Snoopy and friends. The 22-item lineup is comprised of T-shirts and accessories.

Part of UNIQLO’s LifeWear concept, the UT collection features a wide range of pop culture icons from around the world. The graphics simply and directly convey the individuality and moods of wearers. To date, the lineup has included collaborations with the New York Museum of Modern Art, Shochiku Kabuki, and Liberty London. 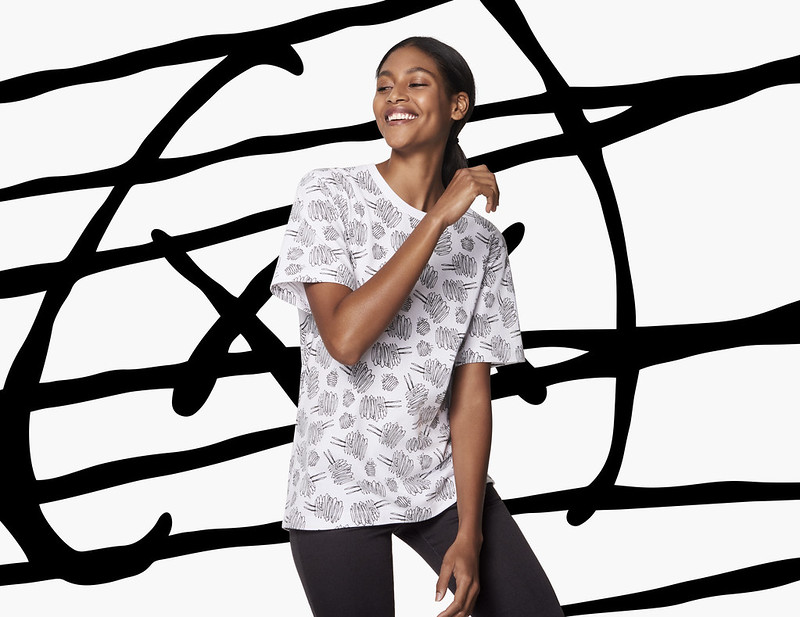 KAWS is loved around the world for his whimsical artistic aesthetic. His first collaborative line with UT in 2016 was an unprecedented success. KAWS’ latest collection for UNIQLO pays homage to Peanuts, with a focus on Snoopy who was one of the artist’s earliest subjects. In 1995, KAWS – a lifelong fan of Peanuts – famously painted on a MetLife billboard featuring Snoopy and Woodstock. The KAWS x Peanuts UT Collection celebrates this heritage through a reinterpretation of the beloved Snoopy character as “Joe KAWS” who appears throughout the new UT range. 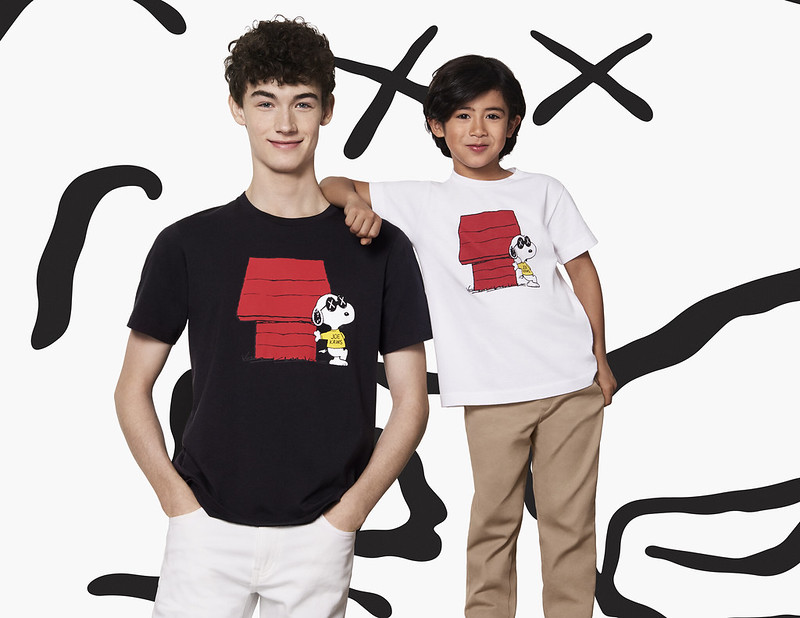 Also new from KAWS’ are his UTs for kids, celebrating Snoopy, as well as such characters as Woodstock and Charlie Brown. Coordinated men’s and women’s pieces will also be available, as well as items for both parents and kids. 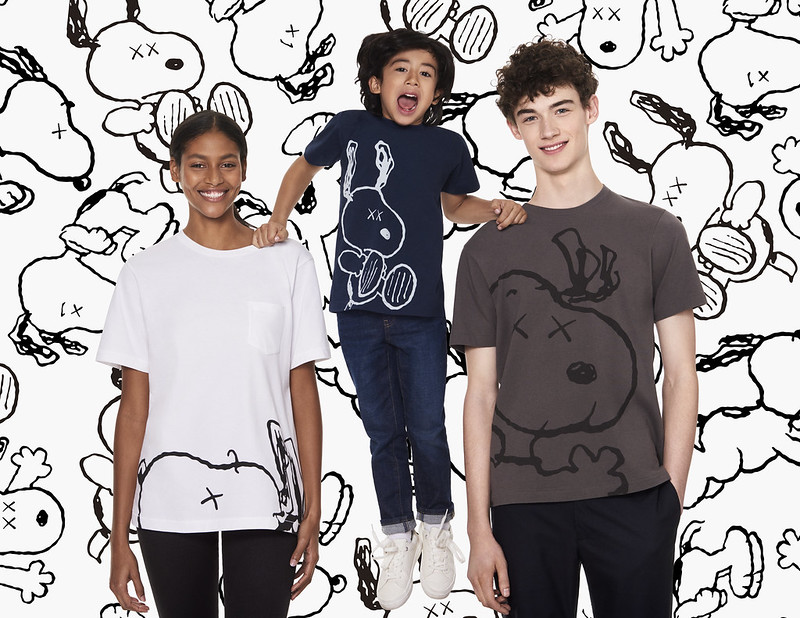 Brooklyn-based, KAWS is considered one of the most relevant artists of his generation. Within the Pop Art tradition, he has created a prolific body of influential work, which both engages young people with contemporary art and straddles the worlds of art and design to include street art, graphic and product design, paintings, murals and large-scale sculptures.

KAWS developed a passion for popular culture in art and design early in life and studied illustration at the School of Visual Arts in Manhattan in the early 1990s. By then he was already well versed in graffiti, having frequently tagged walls and freight trains with the letters K A W S. KAWS continued developing his visual vocabulary conceiving his soft skull with crossbones and crossed-out eyes, which would become a signature gesture. After college, he worked as a freelancer for animation studios, which further catalyzed his appropriation of iconic characters from popular culture and comic books.