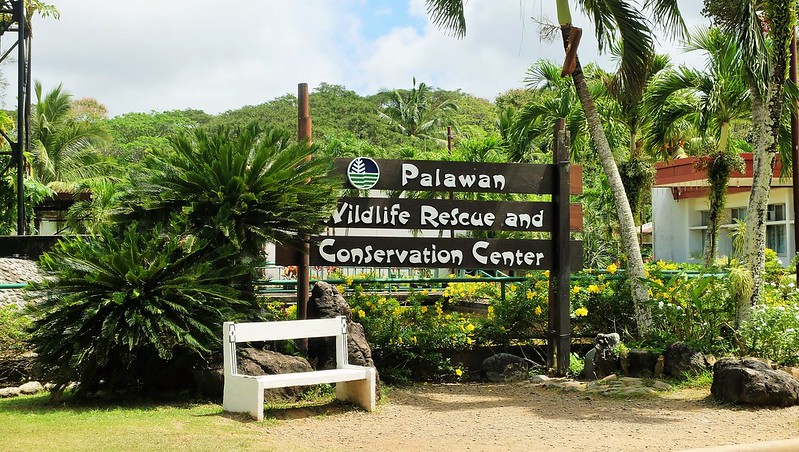 The Crocodile Farm and Nature Park  is not just a tourist destination in Puerto Princesa but is also actually a research center called Palawan Wildlife Rescue and Conservation Center.

It was my second day in the city of Puerto Princesa, Palawan. I actually arrived on Tuesday,  a day earlier than my friends so when they arrived on Wednesday, we immediately grabbed a quick lunch and since we still have a few hours to kill before we head to El Nido in the evening, we decided to do our own city tour and went to our first tourist destination which is here at the Crocodile Farm and Nature Park.

The Crocodile Farm and Nature Park serves as the sanctuary of the Philippine Crocodile as crocodiles in the Philippines are now on the list of endangered species. It has a total of 4 hectare land area and does not only feature crocodiles but a few animals as well. The location is a 30 minute drive up north from Puerto Princesa International Airport. There should be a multicab/jeep that can take you there from Rizal Avenue for 20 pesos. Just make sure to ask the driver so they can drop you there. 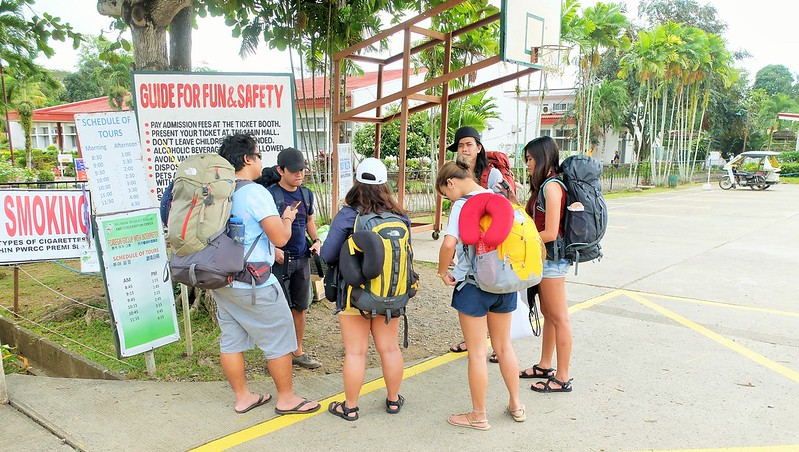 We arrived a bit early for the 1pm scheduled tour so we got time to take photos and roam around the waiting area. Tickets will cost you 40 pesos for 13 years old above, 30 pesos for senior citizen and 20 pesos for 7-12 years old. Tour starts as early as 8:30AM and each tour runs about 30 minutes. Lunch break is at 11:30AM – 1PM. Last batch of tour is at 4:30PM. 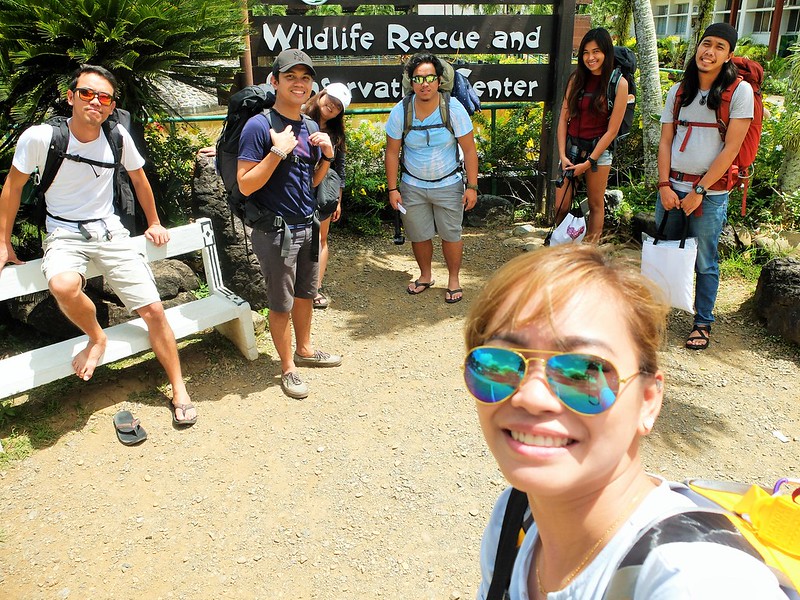 Now that we have tickets, let the tour begin! 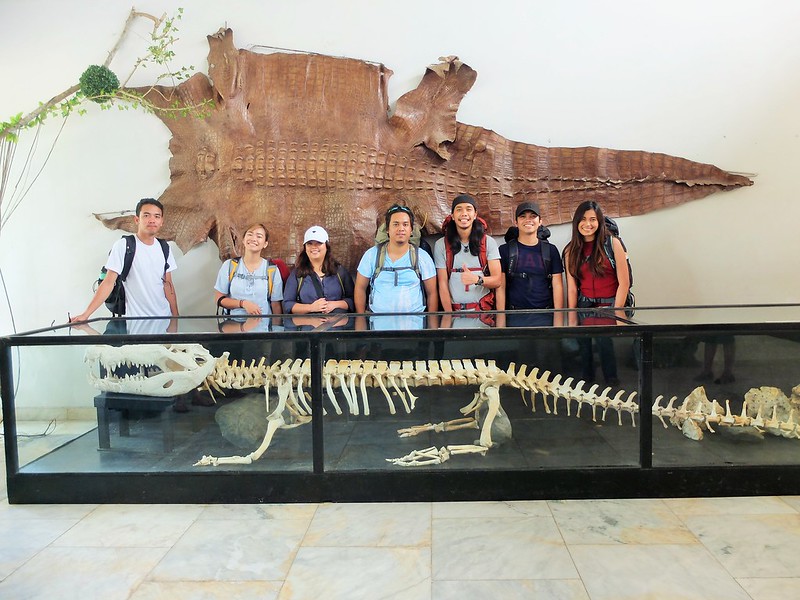 The tour was actually short. We started at the main entry hall of the Crocodile Farm. There was a registration before we entered this room with the Crocodile skeleton and skin. Btw, these are the real bones and skin of “RIO”. Rio was found somewhere south of Palawan and was purposely captured after he accidentally attacked a local fisherman in the area. After 5 months of captivity, Rio eventually died due to internal bleeding and stress. He was 60 years old and his skin actually has no commercial value anymore because the ones used on leather products such as shoes, bags and wallets are the 3 – 5 years old crocs. Rio’s skin is now too hard for the machine to process. 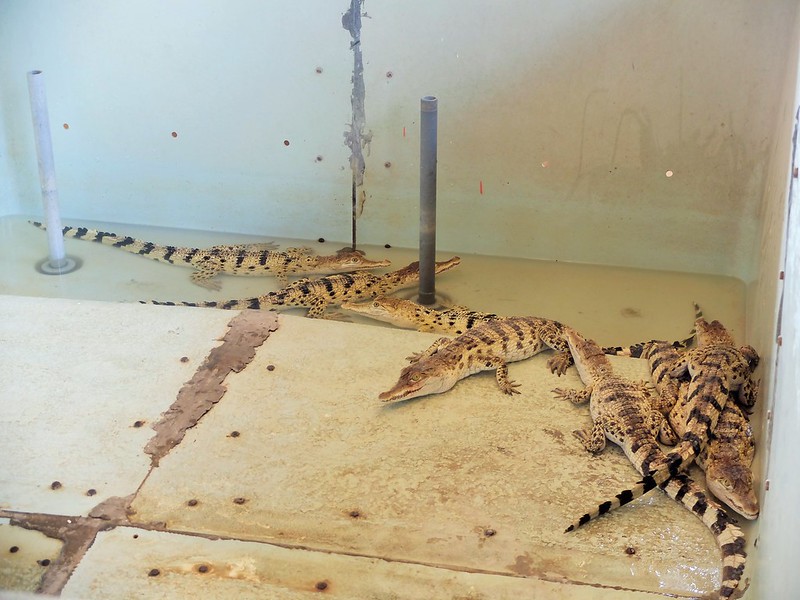 Moving on! Next stop is the hatchling house. Room full of tanks with baby crocs in it. They are separated by fresh water and salt water. They are also separated depending on their maturity level. The main reason is that some are too aggressive to be put together. Taking pictures are allowed as long as you turn off the flash. Also please hands off the tanks as the baby crocs can jump and might reach your fingers! eeek! 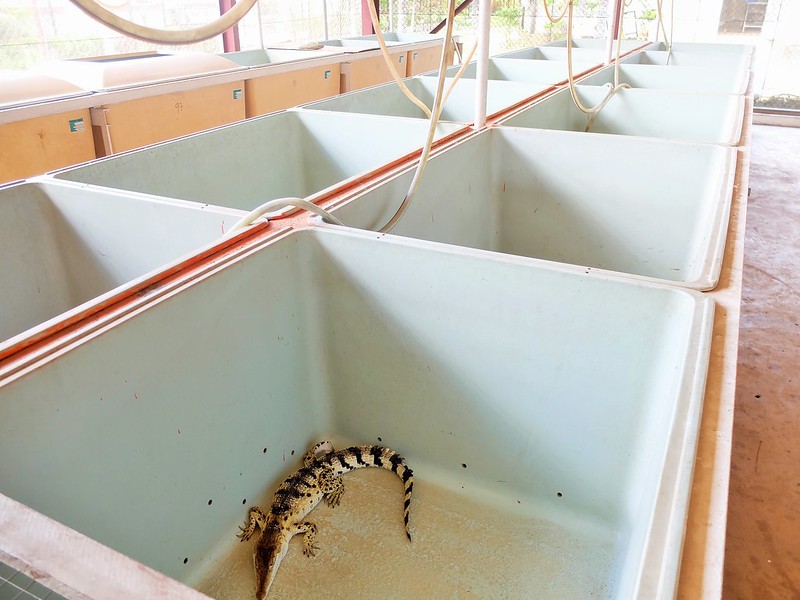 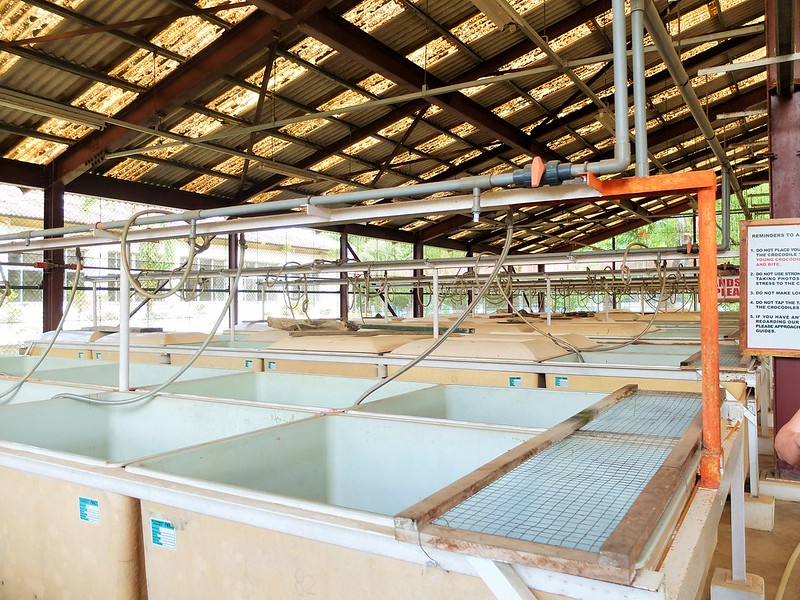 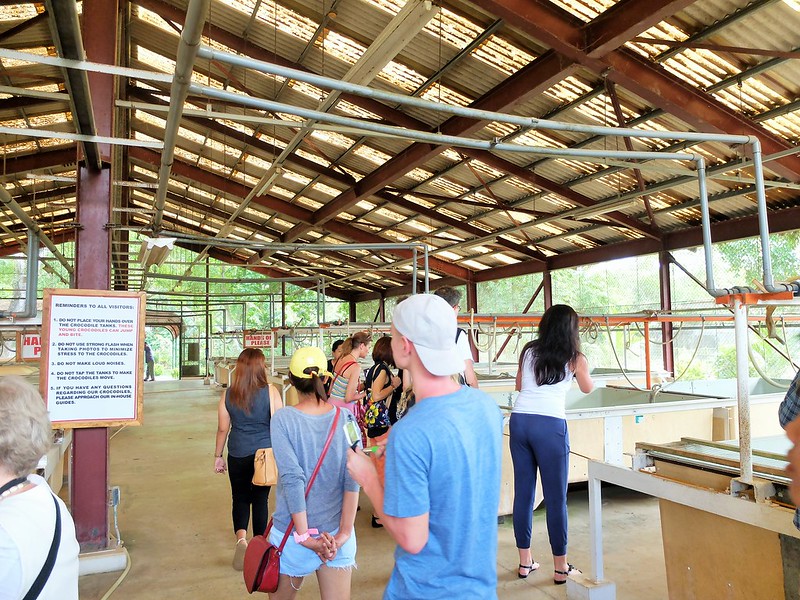 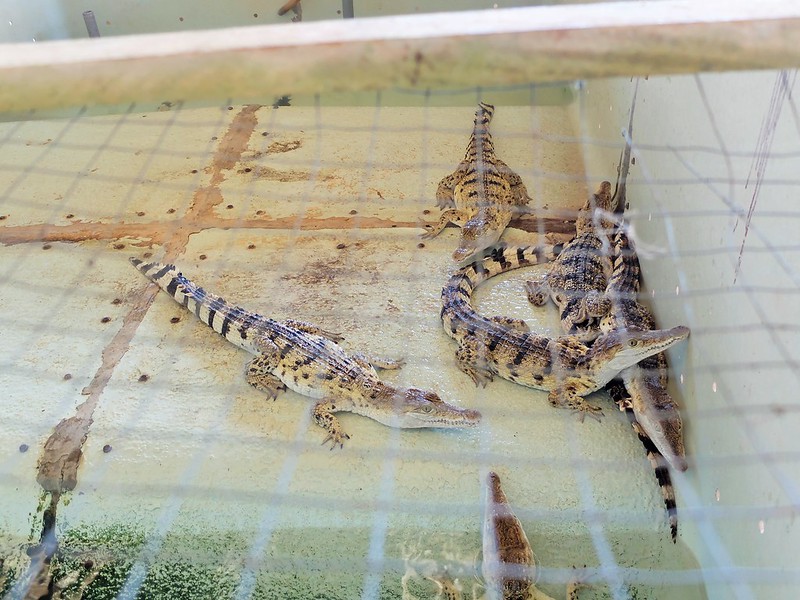 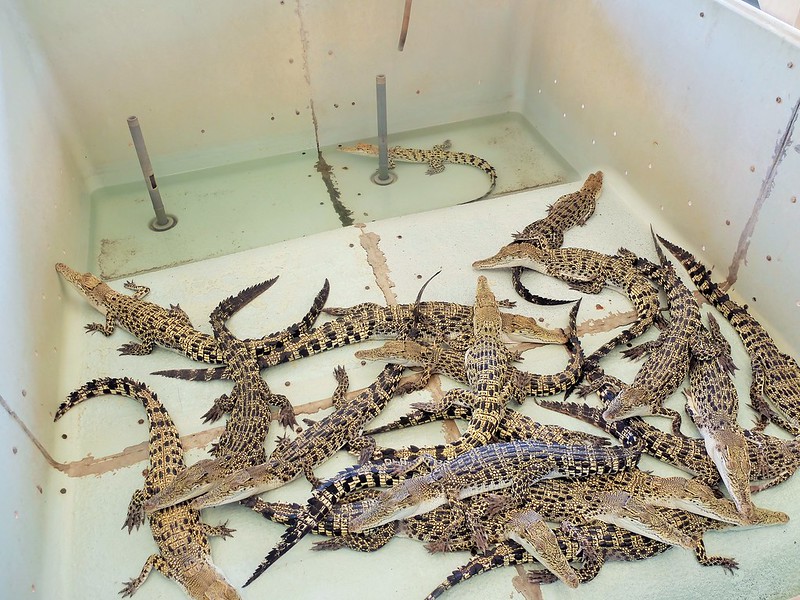 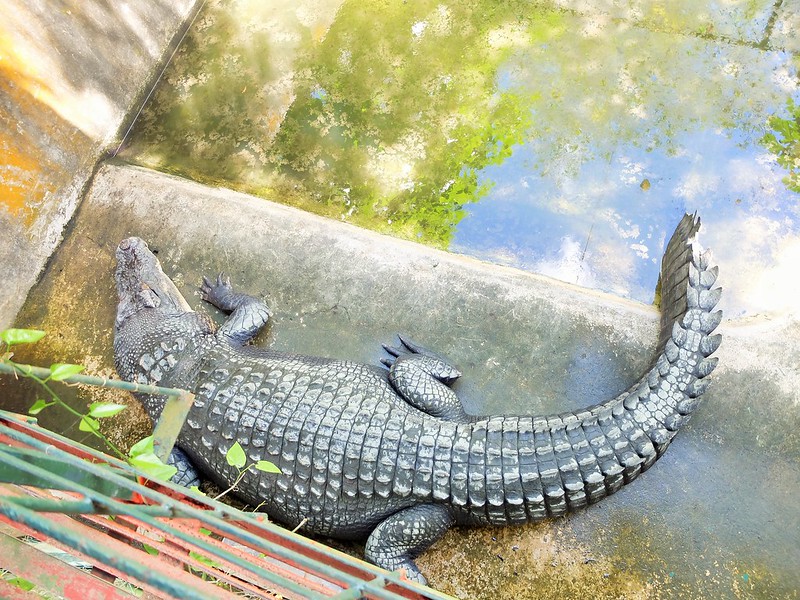 Big crocodiles are held in a concrete “cage” and above it is a metal pathway where guests can walk through to have a good view of the crocodiles. You don’t wanna drop any of your belongings though (especially your phones and other gadgets) because you can never retrieve it back. The crocodiles will eventually play with it or even worst, swallow it! 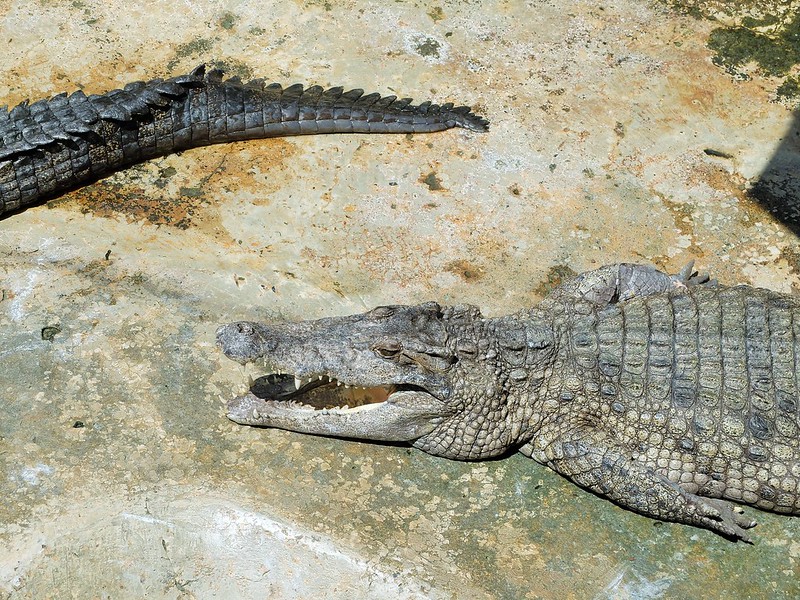 Crocodiles open their mouth to cool down since they don’t have sweat glands like we do. I believe they can stay like that for almost 2 hours (if i’m not mistaken). 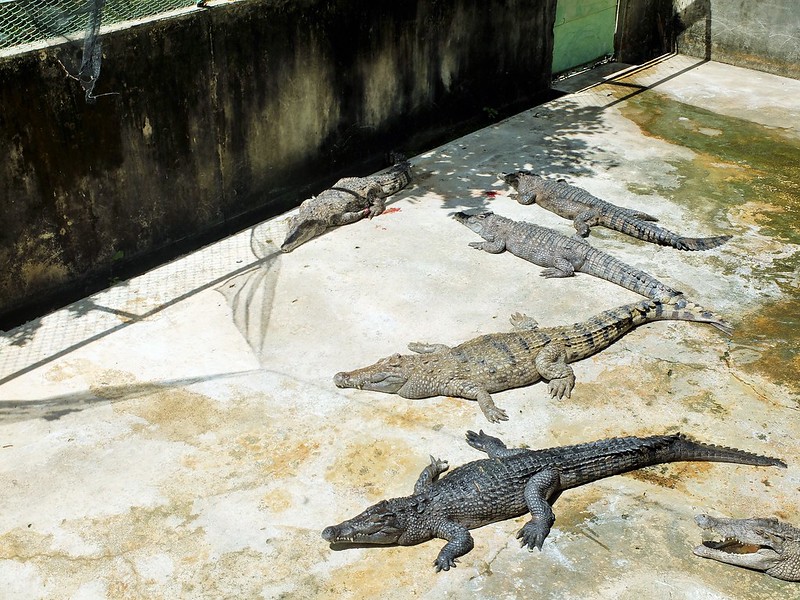 At the end of the crocodile tour is a photo booth with either a crocodile or a snake. Photo print out costs P180 but you can always have a photo on your own camera for free. 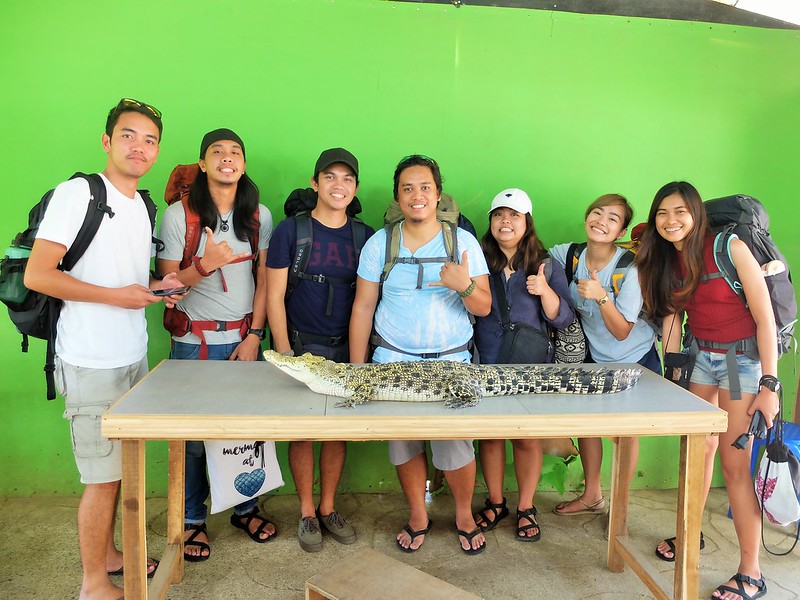 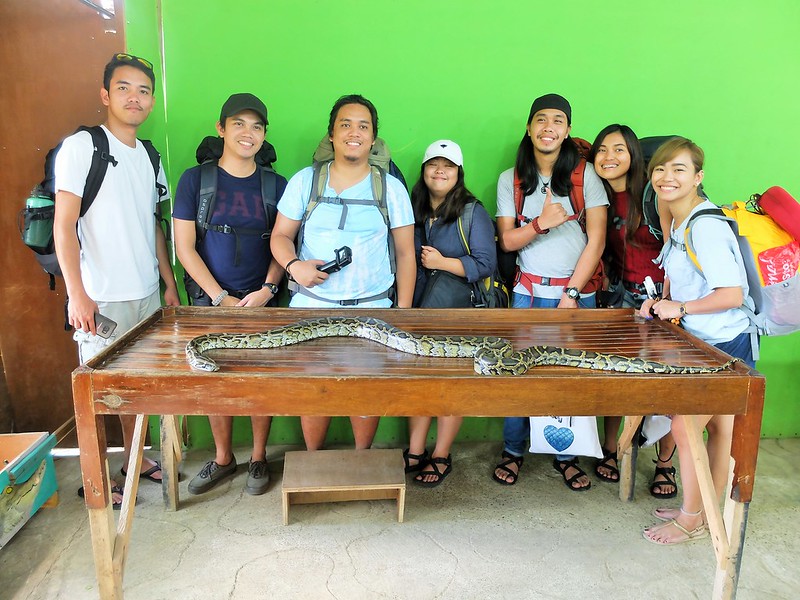 That’s it for the crocodile tour. But like I said, the area is 4 hectares wide. You can explore more around the area to see more animals after a quick halo-halo break at the canteen. 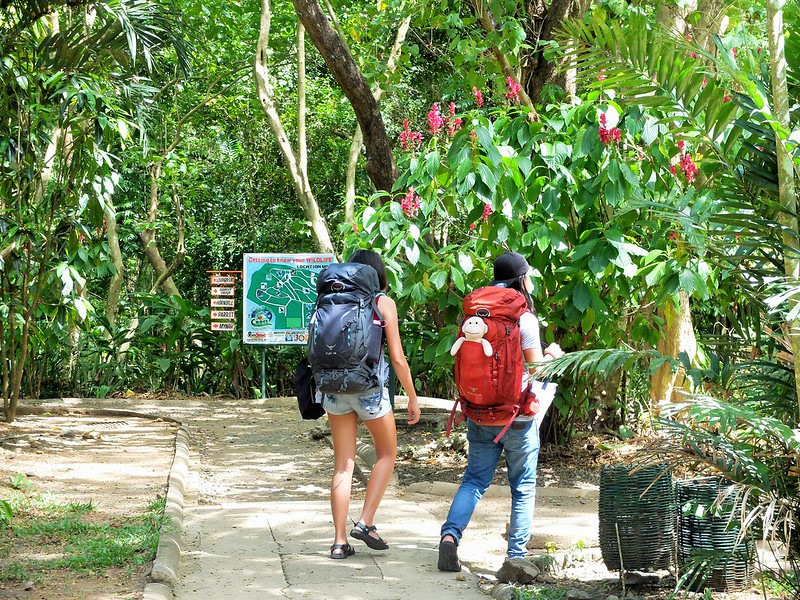 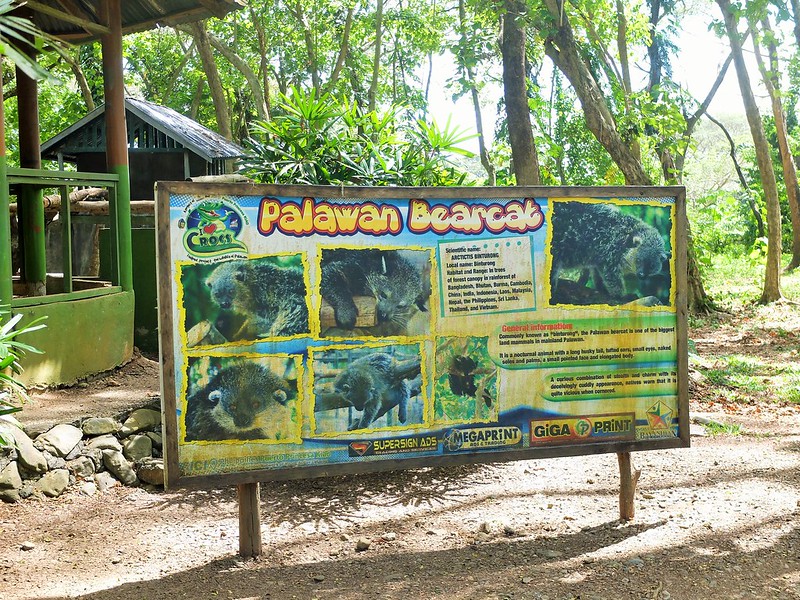 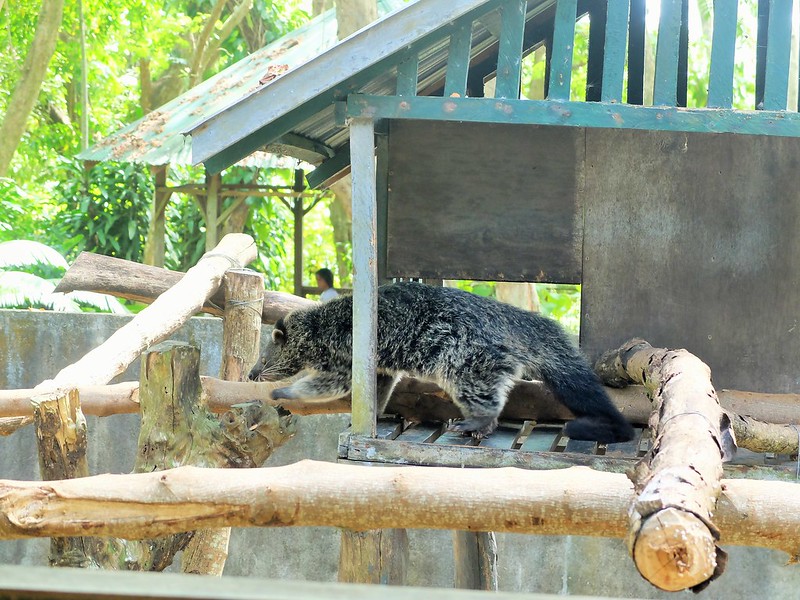 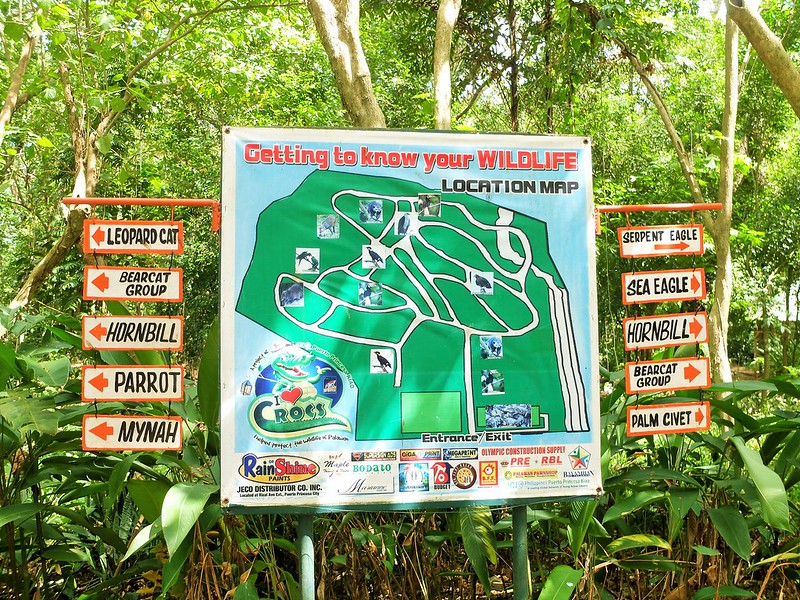 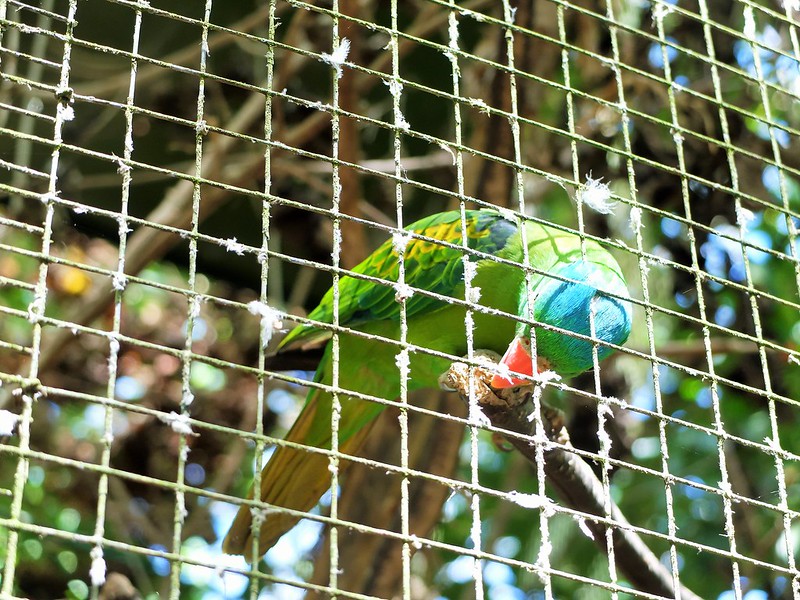 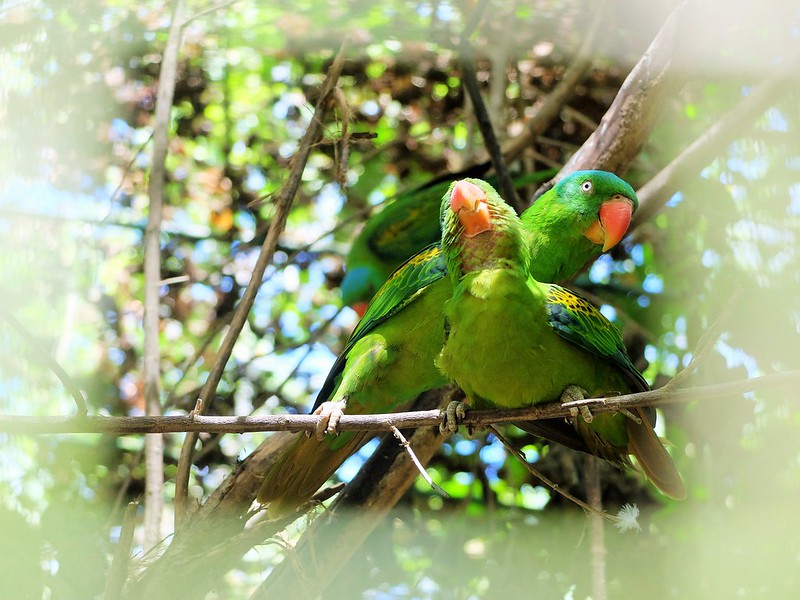 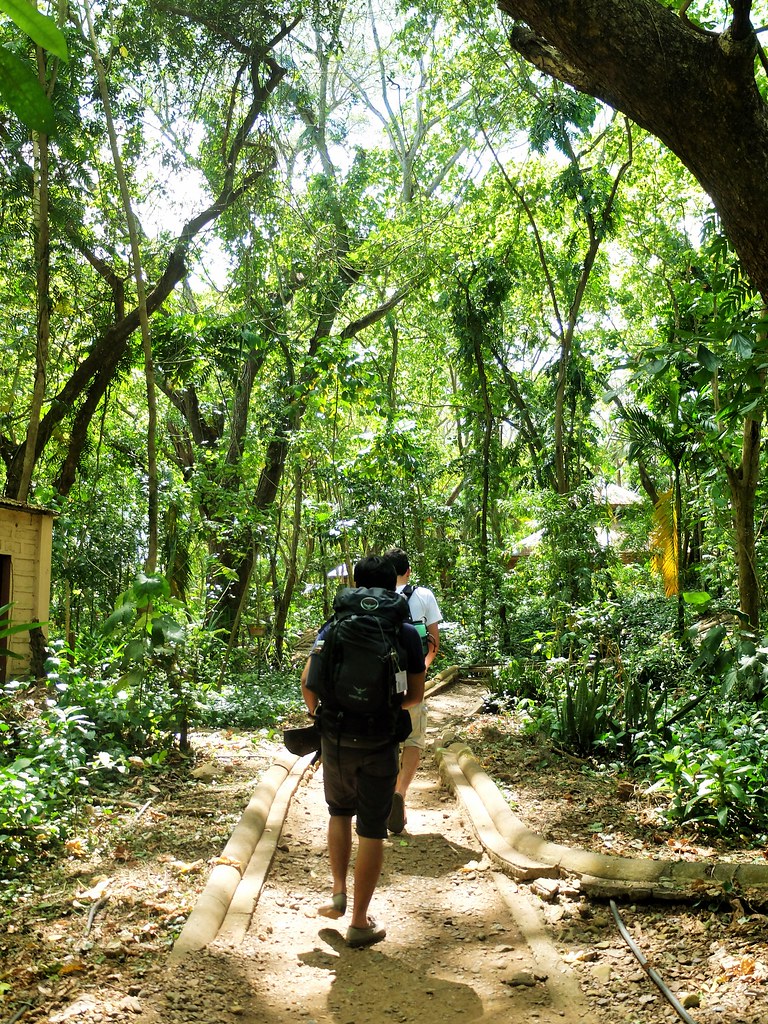 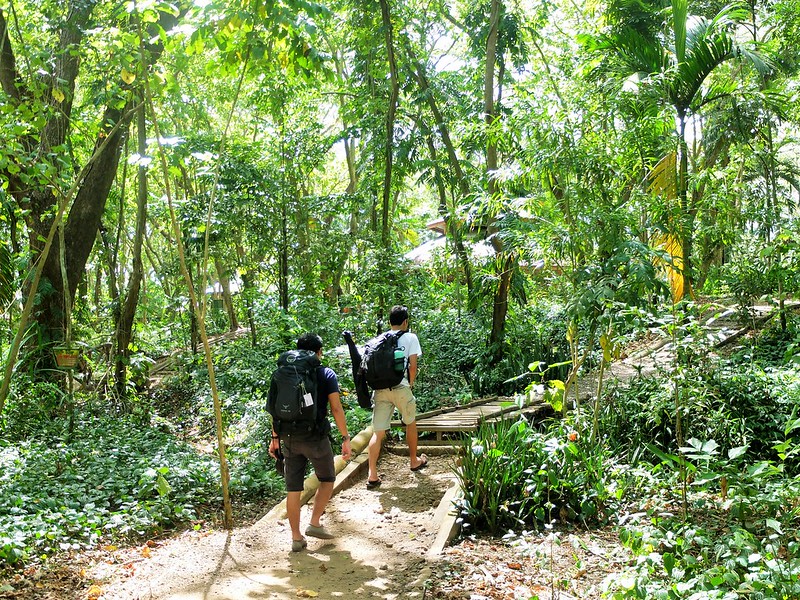 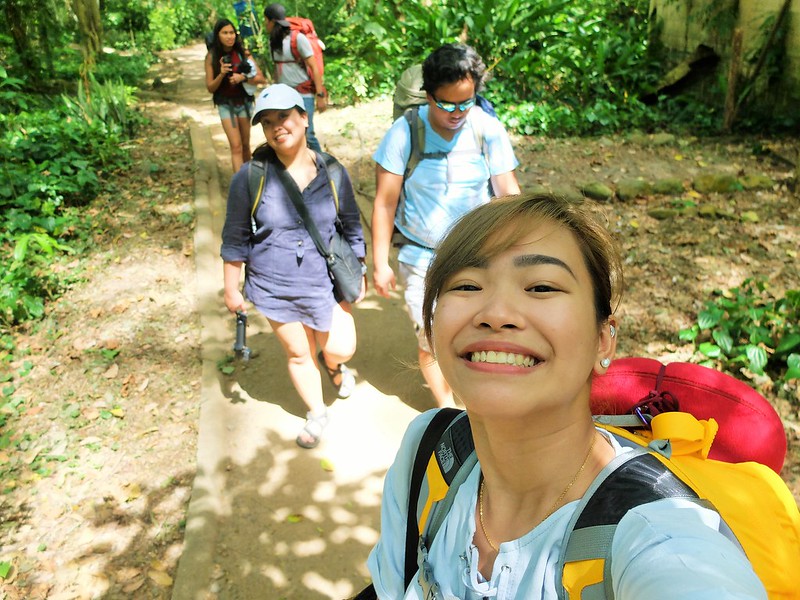 There are also souvenir shops in the area. Pasalubong items like key chains and ref magnets are cheap here. 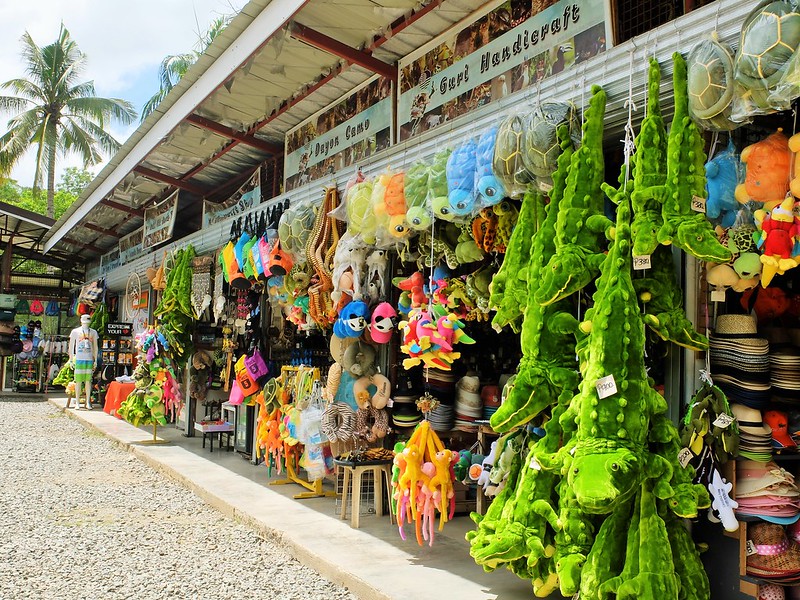 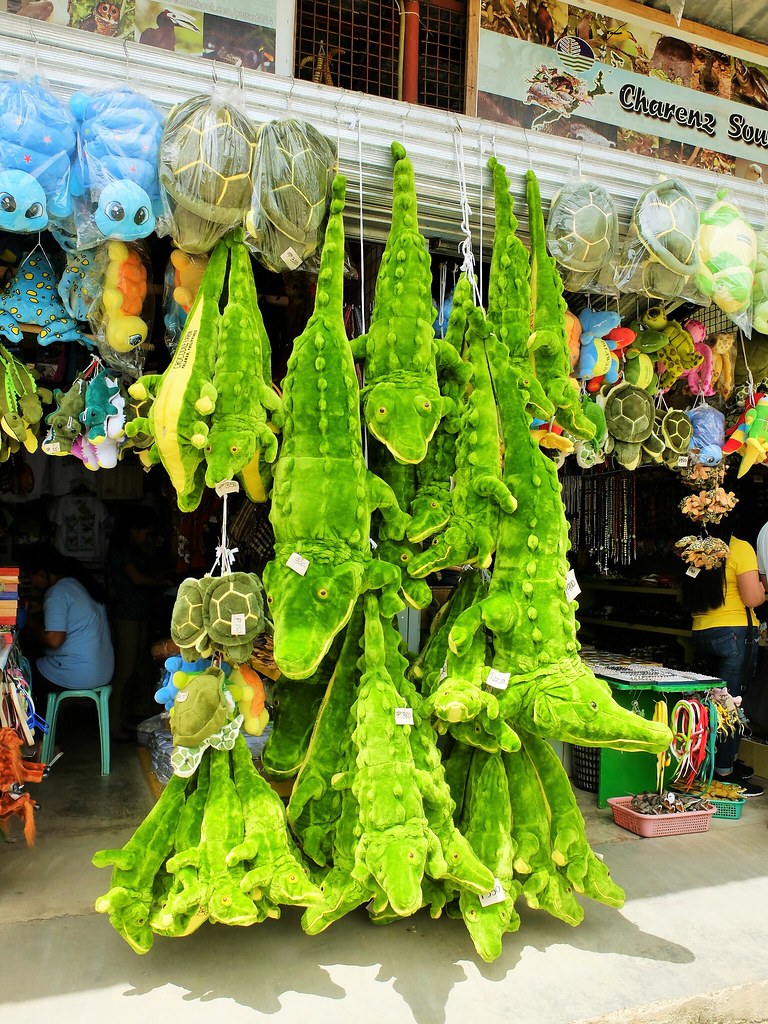 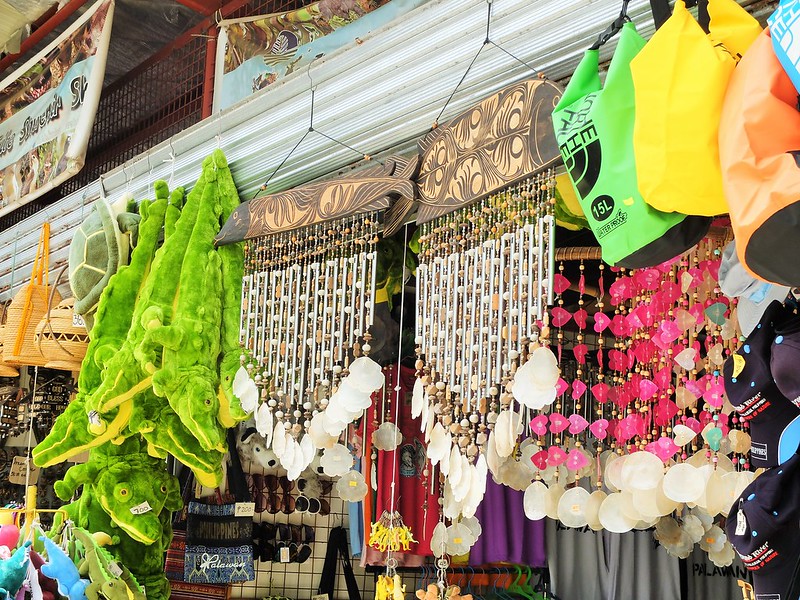 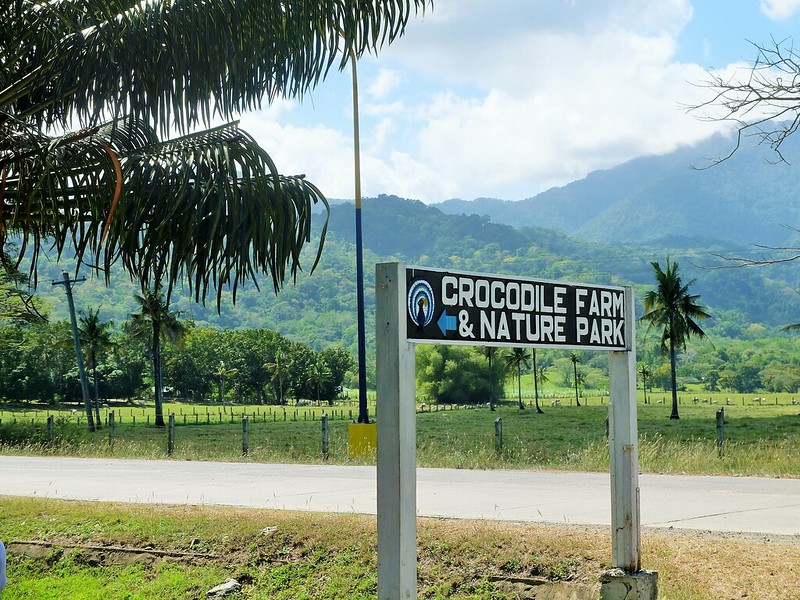 This is just one of the few posts in line with my Palawan trip. Stay tuned for more!